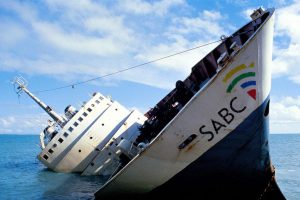 The new variety of radio on the web

Classic radio with its FM stations was a simple way for people to listen to music and get information. However, the variety of stations offered in the FM world is severely restricted due to the fact that the frequencies of the individual stations are not allowed to be too similar, as interference may otherwise occur.

Therefore only a few radio stations in each region are available to listen to on FM radio and for many people the selection of programmes on offer is simply too small.

The internet doesn’t face this problem, and so a seemingly endless supply of web radio and live stream providers have emerged on the net. The spectrum ranges from web streams of known FM stations to independant internet radio stations and hobby projects.

Instead of FM frequencies, web radio stations have so-called stream-URLs, over which the particular programmes can be listened to on a smartphone or computer. However, these stream addresses are not particularly clearly arranged or memorable.

Unlike the set up of conventional radios, in principle, anyone can run their own radio station. If you would to advertise or start your own internet radio station Contact Us Here.

A radio station for every occasion

For example, there are more than 100 radio stations dedicated entirely to Christmas music. Beginning with stations only playing the finest Christmas songs from our childhood, from swinging oldies by Frank Sinatra or new classics by Robbie Williams, to the mega hits including Wham!’s “Last Christmas” and Chris Rea’s “Driving Home for Christmas”.

Similarly, radio stations around the theme of the carnival can also be found. Here the best carnival hits from Mardi Gras, New Orleans or the hottest samba rhythms straight out of Rio are played out non-stop. Afterall, a proper carnival party doesn’t only need good costumes, but fitting music too. Of course the same applies for Halloween, for which we also have specialized stations to provide that gruesome atmosphere, whether it be with eerie music or with horrifying background sounds.

Valentine’s Day is also celebrated worldwide. Although celebrations are of course conducted in a much quieter fashion, we still have an excellent selection of stations on offer for all frequencies of love: from tender romance to pure heartache. And what’s more, the best love songs can also be played all year round.

In addition, those who are looking to host new years parties can pick from a whole range of house and techno stations featuring the best live DJ-sets to transform your living room into a dance floor for the occasion.

Some programs can only be found on web radio

Those of you who find conventional radio playlists too boring can take part in interactive voting on web radio stations such as I Love Radio to choose which song should play next. The station offers a variety of channels such as I Love Radio 2 Dance or the Bravo Charts, music requests and other opportunities to interact, promoting the listener to the position of program director.

A completely different program direction can be found on radio station Birdsong. fm, which completely avoids man-made music altogether. Instead, its playlist consists of birdsong alone. This one really is a stream that brings the beauty of nature onto the radio, although this time without the playlist and reference to which song is being played.

To start your own station or advertise Contact Us Here.

What are podcasts and how do they work?

Most podcasts consist of episodes that are published on a regular basis. At any one time listeners receive the most current edition of the respective podcast at the top of the list of episodes. This is taken care of by XML files provided by a website called RSS feeds. All sounds rather complicated? Don’t worry. radio.net not only has radio stations on offer, but also numerous podcasts that you can access and listen to directly via our website or on our app for smartphones without using up the memory of the phone itself.