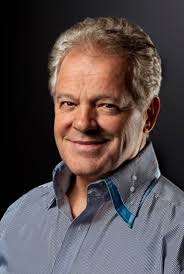 Manuel Escorcio is a well known artist, an Icon in Huisgenoot Skouspel 2009 and a coach of Supersterre in 2010.

An experienced singer of Classical and Popular songs, the ever friendly Manuel Escórcio is well known as the man with the golden voice. It was as a Opera singer that he charmed audiences and grabbed the attention of these audiences but he gained more popularity with his popular music and charismatic stage presence.

Manuel is blessed with a clear and lyrical voice which he views as a gift from God.

Behind the voice is a spontaneous, warm personality a constant optimits with a bubbly sense of humour and a neverending joy for life.

Manuel has earned the following degrees :

M.Mus. Degree in Music. (University of Cape Town) as well as

L.R.S.M. (Licenciate of the Royal Schools of Music in London), and

U.P.L.M. (UNISA Performer’s Licenciate in Music) and a

F.T.C.L. (Fellowship van die Trinity College of Music in London).Masters Degree in Music. (University of Cape Town) as well as

His late father was a Portugese from Madeira and his Mother’s family originates from Mauritius. As a seventeen year old, Manuel arrived in South Africa from Mozambique; in search of his little place in the sun. He could not speak a word in Afrikaans or English. Today he sings fluently in 7 languages!

Manual matriculated at the Helderberg High school in Somerset-West. Here in his new home country he obtained all that he holds dear; his children, his music, the beautiful nature scenery, a home, friends, a support network and a future promise.

In 1983 he became the first South African artist eho appeared in 2 concerts at the Sun City Super Bowl with the Gerry Bosman orchestra.

His milestone achievements as singer include:

As child he had no formal exposure to music, he likes to relate how his talent was accidentally discovered in the shower at the high school Helderberg while living in the school’s hostel. He always attempted to sing in similar fashion as Mario Lanza just for the fun of it all. Wilhelmina Dunbar was his first teacher of song. Prof. George van der Spuy at the Conservatory for Music at Stellenbosch developed Manuel’s voice further for his chosen career as a vocal artist.

From 1977 to 1979 Manuel was appointed as a lecturer at the faculty of Music at the Stellenbosch University. Manuel’s golden voice was heard the first time in December 1974 on the radio during a broadcast in Esme Euvrard’s programme, “Esme se Musiek Album”.

As Lead Tenor of KRUIK he performed in more than 32 Operas. He has held more than 4750 successful concerts all over South Africa as well as in different parts of the world and he has trevelled more than 2 million kilometres on South African roads. To date Manuel has recorded 47 different CD’s. This includes Afrikaans, Classical music, Portugese, Gospel, Christmas and also CD’s aimed at our children. Two full DVD’s were recorded overseas.

Manuel is a highly accomplished judge of choirs and song at art festivals all over the country and he presents Masters Courses all over the world. He was the Choir Director of the Hottentots Holland Choral Society in Somerset Wes for 4 years. He also directed the Messiah of Handel, Haydns Creation, Bachs Coffee Cantanta as well as Steiners’ Crucifixion.

He was also the manager of the well known “Men Gospel” Quartet named “MELODY 4. He was appointed coach of the year when his student Burger Le Roux won Patricia Lewis’ Supersterre 2010 competition.

He has been appointed as one of the 10 legends of the Afrikaanse music industry at Skouspel in Sun City (2009). Manuel is one of the founding directors of INNIBOS Laeveld Art Festival in Nelspruit.

He has 2 sons, Marschant and his youngest son Chandre, who drowned tragically on 18 February 2008 at Loggiesbaai near Llandudno Strand in the Cape.

South Africa can be proud of Manual as Man, Artist and Musician. His singing ability touches the audiences especially because of the high musical quality, the value he attaches to each word of a song and the sensitivity and Latin emotion that stirs up via the blood in his veins.

Manuel is indeed a legend of South Africa, a legend in our hearts, touching our souls with his music.

Listen below to one of his famous songs ever:- Manuel Escorcio – One Day At a Time

This site uses Akismet to reduce spam. Learn how your comment data is processed.