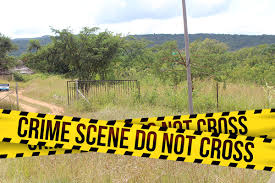 The numbers are in and they do not look good. According to the quantitative research conducted by AfriForum, there have been a total of 22 farm attacks in the Western Cape this year.

The topic of farm attacks has come to the fore a lot recently, after the lobby group brought awareness to the issue. Many South Africans have discounted this, saying that crime is an overall problem for everyone in this country.

As true as that may be, despite Cyril Ramaphosa’s denials, a crime is still a crime in the eyes of the law. Moreover, it is more apparent now that criminals specifically target farms for cash and weapons.

AfriForum: Farm attacks in 2018
In the first quarter of 2018, AfriForum had reported that, nationally, there had already been 109 farm attacks by March. According to an Eyewitness News report (written by Kevin Brandt), the national figure at this point in time has risen by 377.9% to 412 attacks.

15% of these, according to AfriForum, have resulted in the deaths of farm owners and their family members and workers.

5.3% of this year’s national figure has occurred in the Western Cape, the lobby group alleged. The most recent attack saw three suspects forcing themselves into a farm in Porterville, Western Cape, on Sunday, 25 November.

AfriForum praises work of Western Cape police
Ian Cameron, who is AfriForum’s head of security, revealed the gruesome nature of the attack, stating that the husband and wife were lucky to have made it out alive.

“They poured petrol over the male victim to burn him, but he managed to activate a panic button after which the attackers fled on foot,” Cameron stated.

Cameron did, however, praise the work of the police and appealed to the farmers’ community to work more closely with authorities in addressing this growing issue.

“In the Western Cape, there really is a very big effort in many areas by local police to do something. People really should be encouraged to build a strong relationship with local police and obviously their farm watches,” he added.

This news release does not necessarily reflect the opinion of SA-news.

Free Insurance and MVV (Motor Vehicle Accident Insurance) Quotations and Funeral Plans Online …. Just send “Home” or “Auto” or “Life” or “Funeral” or “MVV” and your Full Name, Age and Cell Number to: [email protected], or SMS / WhatsAPP the word with your full name, age and email address to: 062 30 30 314, or just go to www.MedSure.co.za , enter the appropriate form and we’ll call you.

This site uses Akismet to reduce spam. Learn how your comment data is processed.